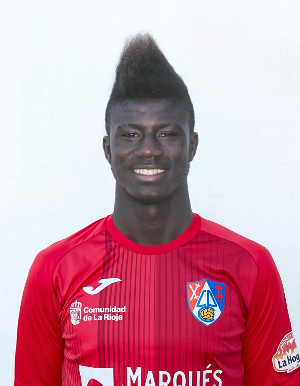 Ghana forward Samuel Obeng Gyabaa scored late in the game for Real Oviedo as they recorded a 2-1 win over Huesca in the Spanish Segunda Division.

Real Oviedo who were playing away from home scoring in the 12th minute through Borja Baston.

After recess, Dani Escroche got the equalizer for Huesca in the 63rd minute.

The two teams were close to sharing the spoils until the Ghana International in the 80th minute scored to secure the win for Real Oviedo at the Estadio El Alcoraz.

The 24-year-old has scored three goals in four appearances for the club in the ongoing campaign.

The win puts Real Oviedo 11th on the league table with five points after Round four.