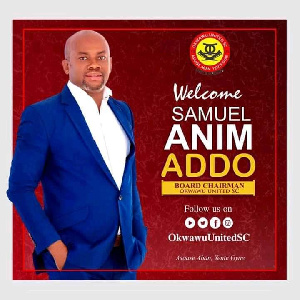 • Samuel Anim Addo has been appointed Board Chairman of Okwahu United

• His was made Chair by life-patron of the club, Daasebre Akuamoah Agyapong, Kwahumanhene

The announcement of Mr Anim Addo’s appointment comes as part of efforts to restructure the club’s management.

A release from the Office of the Kwahuhene sighted by GhanaWeb said the restricting which includes the constitution of a new board “is to bring the club back to its former enviable position, as a powerhouse in Ghanaian football which competed in the enviable elite divisions.”

To that effect, four other persons have also been appointed to form part of the new Okwahu United Board.

The four other members of the board are Kingsley Adofo Addo who will serve as Secretary, Yaw Obeng as Financial Director, Emmanuel Akoto Bamfo as Marketing and Corporate Director with Prince Boateng serving as Operations Manager.

Okwahu United in the past was widely heard of owing to the club’s exploits in the Ghanaian footballing space.

The club in 2016 competed in the finals of the MTN FA Cup competition but lost the final match to Bechem United in a match played at the Cape Coast Stadium. 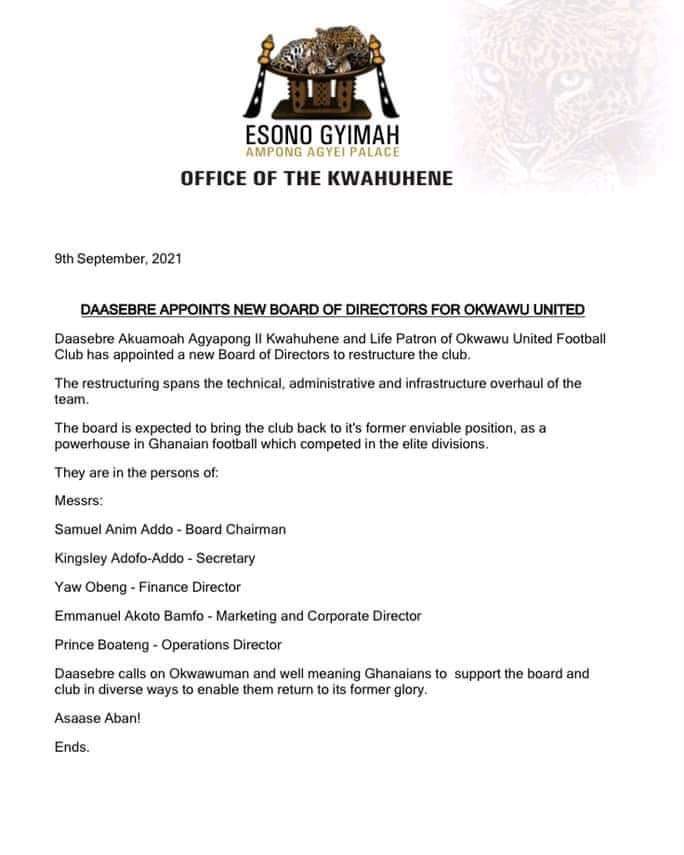 Bridget Otoo is hostess of News Night on Metro TV News Night is LIVE. The one-hour programme is the major

Election 2020: We accepted petition verdict for peace to reign – Mahama