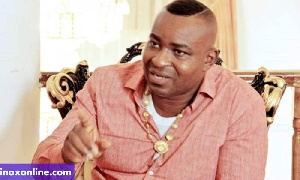 According to Wontumi, he was bent on frustrating the former president’s dream of returning to power.

He added, he would therefore apply all measures to thwart his ambitions.

Read the full article as first published by peacefmonline.com below

Former President Mahama would have most of votes drop in the 2020 elections, the Ashanti Regional Chairman of the New Patriotic Party has predicted.

Mr. Bernard Antwi-Boasiako has said every indicator points to the fact that President Akufo-Addo would bag more votes from the youth and extend his term in office after next year’s elections.

He continued that most of the citizens had grown weary of the lies and propaganda of the NDC and were not willing to entrust the destiny of Ghana into their hands.

“When we have visionary leaders like President Akufo-Addo and Dr. Bawumia around, do you think Mahama and his corrupt brigade stand a chance? Hell no! That former President of ours has really wasted our time and deserves to be a perpetual opposition leader”, Mr Bernard Antwi-Boasiako popularly known as Chairman Wontumi added.

The Ashanti Regional Chairman of the NPP noted that as an executive of his party, he will ensure former President Mahama spends all of his days in opposition and not in power.

“I will challenge him till he loses all of his teeth to talk in a microphone and develope waist pains to even walk to any NDC organised event. He will know his time as president has expired and I, Wontumi, will strategically match him till he gives up”, Chairman Wontumi said.

The NPP scribe explained that Ghanaians had grown to appreciate the vision of President Akufo-Addo and for that reason, were going to reward him with another term.