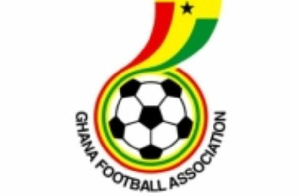 GFA has dismissed the petition in a ruling on Friday

The Ghanaian second-tier side petitioned the football association seeking to annul the declaration of Accra Lions as winners of zone 3.

Accra Lions were crowned champions of Zone Three on the strength of their superior goals and head-to-head advantage over Tema Youth, despite both teams finishing the season with 65 points each.

However, Tema Youth are challenging the qualification of the Accra-based side, insisting the Appeals Committee of the Ghana FA misapplied Article 13 of the Division One League Regulations which hinge on withdrawal of clubs from competitions.

Youth say there was variations in award decision delivered by the judicial body involving Amidaus Professionals on May 7, 2021, and Phar Rangers on July 21, 2021.

But the Ghana FA has dismissed the petition in a ruling on Friday.

“The gravamen of your Petition is in the main Tema Youth SC as a club is unhappy with the decisions of the Appeals Committee in the two Misconduct Cases of GFA vs Amidaus Professionals DC decided on May 7, 2021, and GFA vs Phar Rangers FC decided on July 21, 2021, part of a ruling read

“That the parties in the two Misconduct Cases of the GFA vs Amidaus Professionals decided on May 7, 2021, and GFA vs Phar Rangers FC decided on July 21, 2021, are the GFA and Amidaus and GFA and Phar Rangers FC respectively and not Tema Youth.

“That the parties, GFA, Amidaus Professionals FC and Phar Rangers are the only party’s cloth, with the right to appeal the decisions respectively to the (CAS) within 21 days if they were dissatisfied with the decision.

“That many decisions have been delivered by the judicial committees during the season with one or the other not agreeing with the verdict but once the appellate process is ended, there is finality to the matter.

“We believe you fought a good fight in a competitive way – coming second on the league log by virtue of head-to-head and we can only wish you better luck next time in the coming season. We indeed applaud your effort. Thank you.”

It wants the GFA to use the May 7 Amidaus ruling as a precedent in the Phar Rangers case or strict application of article 13 (1-6) of the 2019 Division One League Regulations in both cases.

If the petition is successful, and the GFA rectifies all records of matches played and match statistics to reflect the true position of each club in zone 3, Tema Youth would be declared winners of the zone and qualify for the Ghana Premier League.

Tema Youth’s petition is built on what it sees as the misapplication of the rules in favour of Accra Lions by applying the same Article 13, which deals with the withdrawal of clubs from the DOL, differently in the cases of Amidaus Professionals and Phar Rangers respectively.

They argue that while the same committee ruled that all clubs who had already played Amidaus Professionals should forfeit their points following the club’s withdrawal from the league, it directed that clubs that were yet to play Phar Rangers should be credited with three points and three goals.