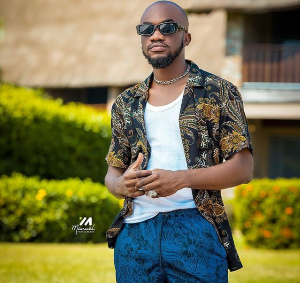 Speaking in an interview with Sammy Kay on the Go online show, the Highly Spiritual Music signed artiste, disclosed that his ‘Shuperu’ song has been on his album months ago before the song “Peru” by Nigeria’s Fireboy came out.

Despite the fact that this might just be a coincidence, Mr. Drew however admitted that the ‘peru’ song was released before his, but those who had the leaked “Shuperu” song several months ago can attest that his current banging song “Shuperu” has been in existence for some time now.

Mr. Drew’s ‘Shuperu’ featuring Kidi is currently on Boomplay and YouTube and will soon be out and available on other digital streaming platforms.