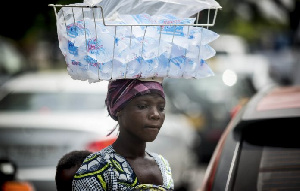 Head of Public Relations at Youth Employment Agency (YEA), Awal Mohammed says he will rather choose to sympathise with pure water sellers who lost their savings due to the financial sector clean-up rather than bank managers who lost their jobs.

He said the pure water seller lost their savings “due to mismanagement of the banks” is at a higher risk of losing her entire means of survival than a bank manager who lost their jobs.

“I will choose between the pure water seller who sells and save for her money to get missing for her to lose her entire livelihood than someone losing a job,” he said.

“A lot of people died just because their entire livelihood has gone,” he added.

According to him, the Consolidated Bank Ghana (CBG) has a higher employment rate in the banking sector and that has provided employment for the affected individuals with safer security.

“One of the second-largest employers in the banking sector is CBG because it has the second largest in terms of branches and these people even have job securities than when they were in their private banks because this is a government bank.”

Over 1000 youth turn up at the ongoing Youth Employment Agency (YEA) fair to seek job opportunities. The numbers got overwhelming leading to a stampede causing injuries to some job seekers.

Speaking at the back of this, Member of National Democratic Congress Legal and Communications Team, Godwin Adudzi Tamakloe says the turnout at the fair does not only constitute unemployed youths but also individuals who lost their jobs due to bank collapse and clean-ups in some banking sectors across the country.

Adherence to safety protocols on vacay amidst rising COVID-19 deaths