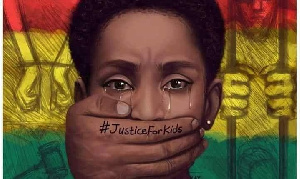 The lawyer explained that even if a minor (below) 16 years agrees to have sex with you, it contravenes the laws of Ghana, and such offenders would be punished.

He was responding to a question on what the law could do in cases of teenage pregnancies where the victims were below the consensual age for sex.

He said in such instances, the persons responsible violates the law and must be punished even if their victims consented to the sex.

He posited that men who put minors in such situations deprive them of having access to quality education and better life, and better opportunities.

The law he added is explicitly clear, and as a people, we must condemn all forms of sexual violence and report people who take advantage of people sexually.

Lawyer Tweneboah Koduah also disclosed that landlords who allow men to engage in sexual acts with a child under 16 years are liable to an offence and could be charged as accomplices to defilement.

According to him, defilement, rape, and other first felony offences are not part of cases that could be resolved out of court.

He said the maximum sentencing for men who defile young girls is 25 years, and the minimum is seven years.

He insisted that sexual assault is a serious crime, and all offenders must face the full rigours of the law.