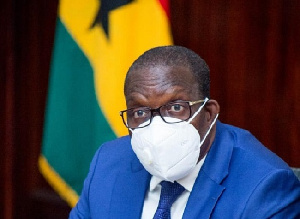 Bagbin who was then preparing to leave office as MP for Nadowli-Kaleo revealed that most former MPs were not financially stable.

Read the full article below:

The Second Deputy Speaker of Parliament, Alban Bagbin, has revealed that most former MPs are being killed by poverty. According to the outgoing MP for Nadowli-Kaleo, the perception that former MPs get a lot of goodies after their time in Parliament and live lavishly is a mirage.

Speaking at the Africa evidence week program in parliament, Mr. Bagbin who is bowing out after 27 years in the lawmaking chamber cautioned the public resistance to any improvement in the lot of MPs saying it is a threat to the freedom Ghanaians are enjoying.

“All the noise that people have been making that MPs are enjoying, we should be seeing that if they were really enjoying, after the House, how many MPs do you see still looking opulent, a lot of them are in the trotros with you but you don’t know them.

“As the longest-serving MP here, I have been called upon on weekly to go for funerals of former members of Parliament who are dead because they could not go out their house to buy prescription drugs.”

He added that people rushing to Parliament because of the perception that there are a lot of goodies must have a rethink because life after the House is nothing good to write home about.

In 2012, the taxpayer incurred some GH¢47million as exgratia payments to the 230 MPs who served in the Fifth Parliament of the Fourth Republic.

Members of Parliament who lost their seats that year took home GH¢311,000 each, while those who retained their seats received GH¢276,000 each.

Article 71 (1) and (2) of the 1992 Constitution stipulates that the determination of the salaries and allowances of the Executive, the Legislature and the Judiciary paid from the Consolidated Fund would be determined by the President, on the recommendations of a committee of not more than five persons appointed by him and acting upon the advice of the Council of State.