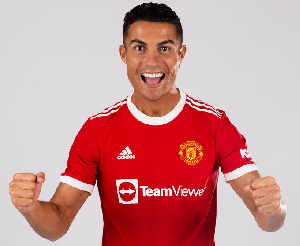 Ronaldo has been named in the starting eleven against Newcastle United

Hello and welcome to our coverage of the 2021/2022 English Premier League matchday four fixtures.

Club football returns after the break for the first phase of the Qatar 2022 FIFA World Cup qualification games across the globe.

The English Premier League has the eye of the World as Cristiano Ronaldo is expected to make his second debut for Manchester United today, September 11, 2021, against Newcastle United in front of the Old Trafford crowd.

The all-time men’s football top scorer is yet to kick a ball for the reds after re-joining the English giants from Juventus days before the transfer deadline.

United will be looking forward to make it three wins out of four after drawing 1-1 with Southampton before the international break at the Saint Mary’s Sports Stadium.

In the other featured game, European Champions Chelsea will continue their unbeaten journey at home against Aston Villa.

Midfielder Saul Niguez is also expected to make his debut for Chelsea today at Stamford Bridge.