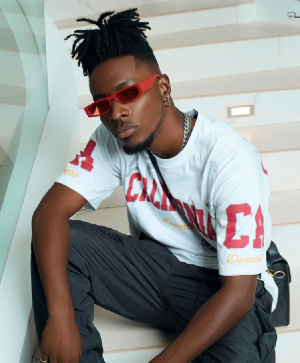 Ghanaian choreographer, Incredible Zigi has mentioned that his father was in the beginning not in support of his dancing career.

Talking about some challenges he had to face from family before accomplishing his dreams of becoming a dancer, he said, ”My father saw it as a waste of time and money but my passion and determination got me this far.”

He told Doctar Cann on Happy 98.9 FM’s Ayekoo After Drive Show, “My mother found it amusing and she was always happy to see me dance. But my father felt he had spent good money to see me through school, only for me to come out as a dancer so he didn’t like the idea.”

Incredible Zigi shared that things got tough for him when he lost his mum because she was the only one supporting him. “Now that she was out of the picture I didn’t have a choice than to listen to my father.”

He furthered that he still kept dancing without his father’s knowledge until one day his father saw him in a music video and confronted him.

“That was when I opened up to him and told him that I really wanted to dance and he advised that I complete my school before which I agreed to.”

Incredible Zigi mentioned that, after being able to convince his father, he is now proud to call him a dancer and, “he now supports me and even tells people I’m his son whenever he sees me in a particular music video.”

Magnus talks about inspiration behind ‘Bo Me Nantew’

I’m Ghana’s biggest comedian now, no one can challenge that – Comedian Waris