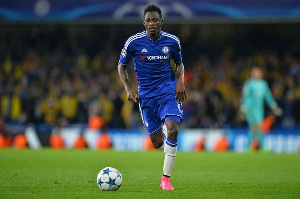 Ghanaian defender Baba Abdul Rahman is cloud nine after making his debut for Reading FC in the English Championship on Saturday.

The Black Stars left-back lasted the entire duration of the game as his side were held to a 3-3 against Queens Park Rangers at home.

He also expressed his disappointment with how his team threw away a two-goal lead in the second half.

John Swift bagged a hat-trick with a goal in the first half and two in the second half for Reading.

Andre Gray scored the visitor’s second goal 11 minutes from the full-time whistle before Stefan Johansen made it 3-3 deep into additional time period of the match.

Delighted with my debut today but gutted we could not hold on for all three points.

We have to change that on Tuesday.

Black Stars arrive in Harare even before home side Zimbabwe