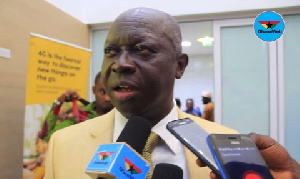 Yeboah, the President of Sports Writers Association of Ghana (SWAG) insisted juju does not exist in football, saying only dead brains will believe juju plays football.

Speaking to Starr FM, he said, “I’ve been heavily involved in juju over the years when I was young with teams. Because I was young with infantile brains and I believed this nonsense,” he told Starr FM.

“Okwawu were doing it, Kotoko were doing it. I remember those days when Hearts had the fearsome fivesome, and when in camp, some of the water for cooking was even imported from the north.

“We (Kotoko) would come to Accra and be defeated by Hearts of Oak and we (Kotoko) would be told on our way we crossed a certain river and that diluted the potency of the juju.

“The next time around we had to fly, then we were beaten again. Then it was like, okay, when the players arrived in Accra, some of them soiled their ropes.

“You know, for the first time, Kotoko went and stayed in a ship in Tema. Again, we lost.

“I remember Joe Sam, former Eleven Wise and Kotoko star, an incredible player came to my uncle and told him, Kweku where we’ve reached, me I don’t believe [juju works].

“It’s most unfortunate clubs in Ghana continue to heavily rely on juju, and I’ve heard some players emphasize that indeed juju works in football.

“It is so stupid! It’s only a dead brain who’d believe that juju plays football, and it’s something that we should not countenance at all.”

We love you but we won’t accept your acts – Dr. Otchere-Ankrah tells LGBTQ+ Group