Franklin Cudjoe, President of Imani Africa, says former President John Dramani Mahama should be urged not to become violent regarding his recent pronouncement of 2024 election will be a ‘do or die’ affair.

According to him, those defending the former president should understand that he [John Mahama] is naturally not violent.

Following John Dramani Mahama’s recent pronouncement that the 2024 election is going to be a ‘do-or-die’ affair at the polling stations, Cudjoe stated in a post on his social media timeline that, the comment is “not cool”.

He wrote, “John Mahama, respectfully your ‘do or die’ comment is in the same league as Nana Addo’s ‘all die be die’, not cool.”

This has received wide condemnation from the public. While some John Mahama [JM] supporters feel that it is a mere idiomatic expression, some also believe that it does not connote violence.

In another post, Franklin Cudjoe warned, “I wish all those defending JM’s “do or die” comment will pause to understand that for a man who is not naturally violent, he can only be urged not to become one…”

But Edem Agbana, the deputy national youth organizer thinks differently. He believes that, the president is the one who can be described as violent.

He indicated that, John Dramani Mahama “was too charitable with his words”.

Edem Agbana’s reply to Franklin Cudjoe’s post reads, “you find nothing wrong with the one who is naturally violent; he is president today. You and your colleague CSO players watch him as he continues to use the security forces to perpetuate his inherent violent nature. Many lost their lives for him to be re-elected, none of you is saying anything about it and when JM decides to encourage his supporters to work harder at the Polling Station, you are having sleepless nights.

“To be sincere, JM was too charitable with his words,” he stressed.
The NDC flagbearer in the 2020 election stated on Techiman-based Akina FM on Tuesday, September 7, that, the National Democratic Congress (NDC) has learned lessons from the 2020 general elections.

Mahama explained, “this current president has made elections life and death for him, he uses his delta forces and invisible forces enrolled in the security agencies.

“You see some military and police officers and ask whether these are indeed officers. They wear earrings and all sort of things and you can’t tell whether this is a police officer or a soldier. We know they have infiltrated the security with some of their people

“Look at what happened at Techiman South, the ways they shot at the crowd, it was intended to kill people. We hope that the next elections we won’t see scenes like that again.” 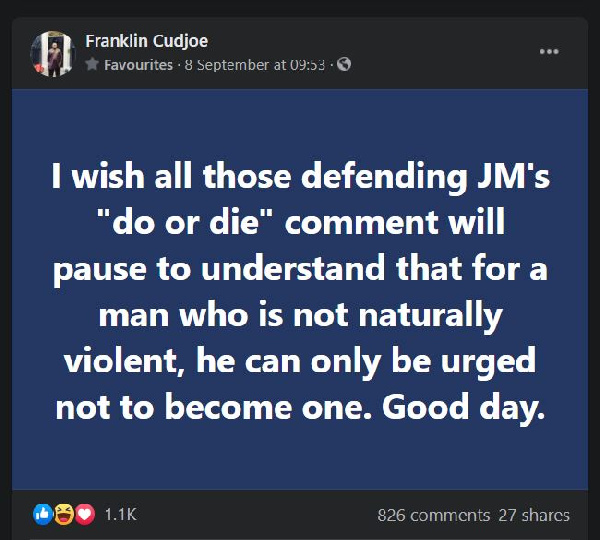 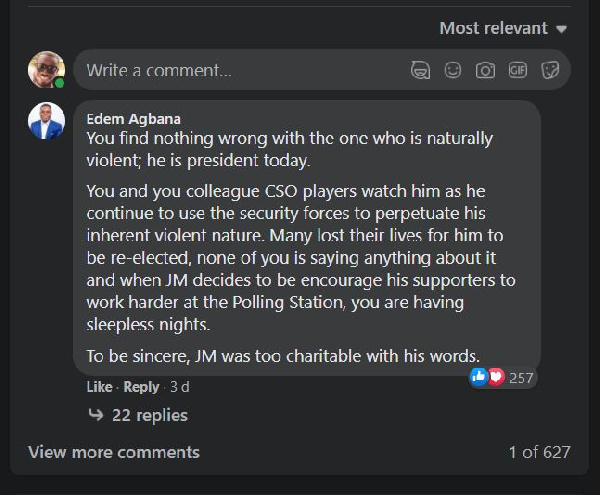 Breaking the 8: Dr Bawumia will support anyone who leads NPP – Fred Oware