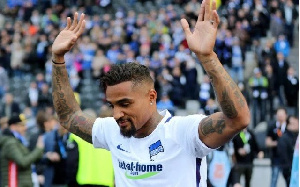 Ghana international Kevin Prince-Boateng climbed off the bench to help Hertha Berlin to their first Bundesliga victory of the season.

After three defeats in the first three matches of the season, Hertha started the game on a bright note and just before halftime, a quick-fire brace from Suat Seedar gave them a two-goal lead.

Bochum pulled one back after the breakthrough Simon Zoller, but Myziano Maolida restored Berlin’s two-goal lead with 12 minutes remaining.

Prince-Boateng rejoined his boyhood club in the summer transfer window after leaving serie B side AC Monza.