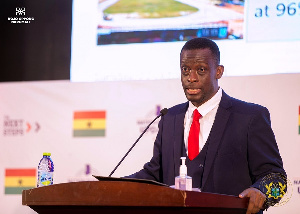 A total of 150 young Ghanaians made up of 127 males and 23 females have started a six months training programme in Accelerated Oil and Gas Capacity Building (AOGC) at the Takoradi Technical University (TTU) in the Western Region.

The six months training would be four months of intensive classwork and two months of industrial attachment in the oil and gas industry.

The Western Regional Minister, Mr Kwabena Okyere Darko-Mensah who launched the programme on behalf of President Nana Addo Dankwa Akufo-Addo said it was part of efforts to empower Ghanaian youth to assume control of our oil and gas industry.

He said the AOGC programme was launched in 2017 to aggressively invest in education and skills enhancement of Ghanaians to manage the oil and gas sector and the government tasked the Ministry of Energy and the Petroleum Commission to spearhead the programme.

Nana Akufo-Addo said the NPP then in opposition realised that the teeming youth of the nation were supposed to be the beneficiaries of the oil and gas resources and therefore needed some training in that sector because the required skills were lacking in the youth.

He said the discovery of oil and gas in commercial quantities created expectations for job creation, poverty reduction and general prosperity adding “our major challenge confronting us is how to develop the oil and gas industry with optimal local content and participation, enhance national development and create jobs.”

The Chief Executive Officer (CEO) of the Petroleum Commission, Mr Egbert Faibille, said the day marked the epoch in the annals of the efforts of Ghana in its quest to ensure that the people got to play an increasing role in the exploration and production of the oil and gas resources.

He said the backbone of every progressive society was its well-trained human capital and so it was necessary for Ghanaians to be equipped with the relevant skills and competencies to be able to actively participate in the oil and gas industry.

The CEO said the training programme was demonstrating the government’s commitment to enhancing local content through the localisation of jobs in Ghana’s upstream petroleum industry and it fed into the government’s overarching agenda to develop the country’s human resource base for increased participation in the oil and gas industry.

Mr Faibille said the students who had been carefully selected throughout the country would be taken through Certified Electrical, Mechanical, Instrumentation and Process Technicians at the Jubilee Technical Training Centre (JTTC) at the TTU.

He said the training programme was sponsored by the government through the Petroleum Commission at the cost of nearly US$1,000,000.

The Vice-Chancellor of TTU, Prof. John Frank Eshun said the training was very strategic for Ghanaian youth in the upstream oil and gas sector to boost local content in the petroleum industry.

He observed that the training formed part of the government’s strategic agenda to localise most of the expatriate’s roles for Ghanaians to play a critical role in the production and management of the oil and gas resources in the country.