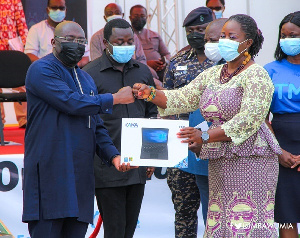 Teacher union, Innovative Teachers Association (ITA), has kicked against what they term as “inferior” laptops procured by the government for teachers under the One-Teacher-One-Laptop project.

The teachers said per their enquiries, KA Technologies Ghana Limited, a locally-based ICT firm that manufactures laptops, does not have any track record in the laptop manufacturing business to manufacture such a magnitude of laptops.

From the kindergarten to the senior high level, every teacher in public schools will receive a laptop each under the initiative.

Government would pay 70 per cent of the cost of the laptop, while each teacher pays the remaining 30 per cent.

Speaking on Onua TV and Onua FM’s Maakye on Monday, September 13, a member of Innovative Teachers Association, Stephen Desu, said: “KA Technologies is the assembling company in Ghana, and they do not have any track record in the world”.

“They have not produced any laptops in the world before, so how do they produce laptops for teachers?” he queried.

He told host Captain Smart that the company “was established in just 2019 and how can such a company produce a magnitude of 28,000 laptops for the teachers…the magnitude is huge for them, and the quality is also questionable”.

Mr Desu said the contract should have been given to a well-known laptop manufacturer which can produce quality ones for them and not KA Technologies Ghana Limited.

“It should have been given to those with track records like Toshiba, Dell, among others because of the volume and magnitude. The manufacturing could be above them”.

The teacher explained that the manufacturers reduced the sizes and specifications they promised to give them, which is also a breach of contract.

“They have reduced the specifications that were introduced to us. They brought samples in January this year. The size was 15-to-17, but the ones that came were 14 inches.”

“They have reduced the memory capacity, and so we expect them to go for an established brand,” he added.