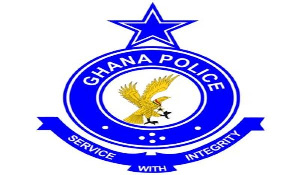 Ghana police service is apologizing to journalists for any inconveniences caused

The Ghana Police Service has apologized to the media over the assault of some journalists at an Accra High Court on Monday, September 13, 2021.

The police noticed that some journalists were prevented from entering the courtroom during the arraignment of the Head Pastor of the Glorious Word Power Ministries International, Reverend Isaac Owusu Bempah and three others.

It was also reported that some journalists were attacked and prevented from working at the court premises by some persons believed to be church members and supporters of the above-accused persons.

The police said a team is currently studying the footage of the alleged assault of some of the journalists to identify the alleged perpetrators for immediate prosecution.

“We apologize unreservedly for this inconvenience and wish to give the assurance that journalists will be fully protected and allowed to do their work at all times including the subsequent coverage of this case,” the Police stated.

It added that “We will continue to do everything possible to deepen the cordial Police-Media relationship.”

Sports analyst speaks on who may likely succeed C.K Akonnor

Closed season is necessary, save towards it – Fisherfolk advised