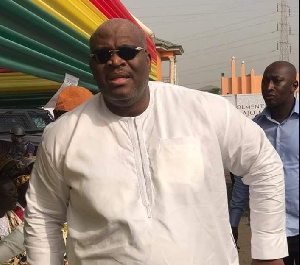 play videoHenry Quartey is the minister for Greater Accra

The Greater Accra regional minister, Henry Quartey, has indicated that by the end of the year, the fully gazetted by-law that will ensure that people clean their frontages, will be ready.

This is part of the minister’s Make Accra Work Again initiative.

He made this known when he spoke to GhanaWeb after worshipping at the Perez Chapel in Accra on Sunday, September 12, 2021.

Henry Quartey explained how he has been able to rally support from the region to ensure that the by-law becomes a working document.

“I can confidently say that all the MMDAs – 29 of them, have been able to pass the by-law. We are working on them at the RCC and very soon, we’ll have it gazetted. The by-law itself will be launched anytime soon,” he said.

The minister, who is also the Member of Parliament for Ayawaso Central, explained that there are plans to give some grace period to citizens in the city even after the law comes into effect while they work around providing the needed education to ensure that this initiative does not fail.

“We are looking at either doing the awareness by educating the citizenry before the launching or probably after the launching that has been suggested by the stakeholders of which largely the Members of Parliament from both sides of the political divide, advised that some grace period be given to the people after the gazetting of the by-law, either way, by December, the by-law will be in full effect,” he explained to GhanaWeb.

Henry Quartey has been on a number of initiatives to rid the city of ills that impede the development of the city.

Among them have been his successes at relocating the famous onion market at Agbogbloshie in Accra, to a new location at Adjen Kotoku, and the restoration of order at the Madina Zongo Junction where a lot of pedestrians refuse to use the footbridge provided there.