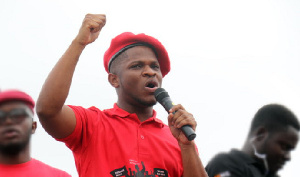 According to him, if they didn’t, they won’t be worried about former President John Mahama’s “Do or die” comment.

“If you have nothing in mind; nothing bad planned to rig the election in 2024, why are you worried about do or die . . . we’re not the English teachers for John Boadu and co. they are well educated and so if they don’t understand do or die as an idiomatic expression, I’m not the one to teach them . . . you don’t translate idiomatic expression literary . . . do or die has come to stay, it will never die,” he stated during a one-on-one on UTV.

Character of elections must be transparency and peace – Adaklu MP