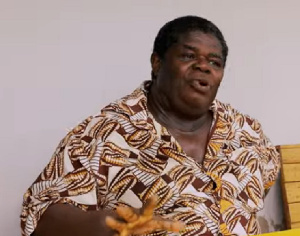 Vice President Dr Mahamudu Bawumia has extended his philanthropic works to the Veteran Ghanaian actor, Psalm Adjeteyfio famously known as TT of Taxi Driver fame after news broke out that the actor is in some difficulties in paying his rent bill.

Dr Bawumia who lost his mother hours ago, paid 5 years rent (6 months renewable) of TT’s rent and an additional GH¢20,000 for his upkeep. This donation was done on behalf of the Vice President by his aides.

During the presentation, Gideon Boako spokesperson to the Vice President narrated that, Dr. Bawumia read a news item of the veteran appealing to the public to come to his aid in the payment of his rent because of the excruciating economic distress he has been in for years and that appeal touched the Vice President to dispense this kind gesture.

Dr. Bawumia is known for helping the needy, the sick and the socially and economically disadvantaged. He recently paid the rent for a teenage mother who found it difficult to get shelter for herself and her baby. He also paid for five(5) incubators to be handed over to hospitals by the Kokrokoo charities, built a house for an old lady affected by leprosy in the upper west region recently among others.