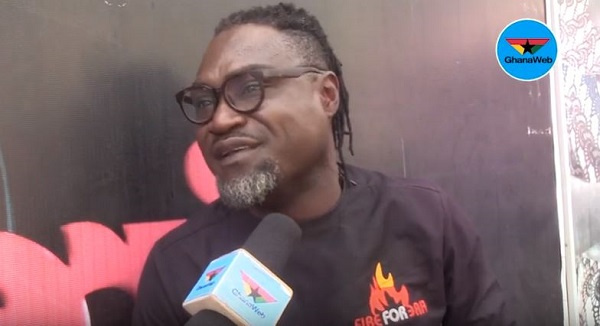 Patrick Osei Agyemang (Countryman Songo) has said that the leadership of the Ghana Football Association cannot be left out of the situation that necessitated the dismissal of Charles Kwablan Akonnor as head coach of the Black Stars.

Songo holds that Akonnor alone cannot be held liable for the Black Stars defeat against South Africa as the FA influenced his selections.

He said on Asempa FM that Akonnor was not a man of his own as his decisions were either torpedoed by the FA or influenced.

The Fire for Fire host intimated that the FA is seeking to deflect attention from the mess it is supervising with the decision to fire Akonnor.

He accused them of infiltrating the team with their players and making it unattractive to Ghanaians.

“Only Ghanaians have the right to sack the coach because the FA is part of the problem. I don’t get it. The FA is mismanaging our football so why should they sack the coach? They contribute to the call-up and have a role in the mess so they are running away from the mess. Even some of the players are saying that they didn’t deserve to be in the team.

He suggested Amoako has a disposition against Akonnor and his assistant Duncan and therefore was not surprised with his role in their ousting.

“Who are those Black Stars Management Committee members? I’m not surprised George Amoako is involved because at Ashgold he contributed to the sacking of Duncan. He was chairman of Kotoko when Akonnor was sacked. What proper management has George Amoako done to continue whiles Akonnor is fired? It’s the taxpayer’s money that is used to pay the Black Stars coach so they should have consulted the leaders first” he said.

Akonnor was sacked by the Ghana Football Association on Monday, September 14, 2021, following Ghana’s defeat to South Africa in the World Cup qualifiers.

“The Executive Council of the Ghana Football Association has taken a decision to terminate the appointment of Black Stars Coach Charles Akonnor and his two Assistants with immediate effect,” a section of the statement said.

Five women, 26 others confirmed as MDCEs in Eastern Region

One of the longest-serving MPs in Ghana, Alban Bagbin In 2017, the Member of Parliament for Bawku Central, Mahama Ayariga,