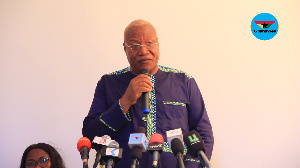 A three-member committee was immediately announced to search for an interim gaffer within 72 hours.

With barely 24 hours to complete the search, the astute politician and NDC flagbearer hopeful announced on his official Facebook page that he wants to coach the team.

Prof Alabi has enormous experience in sports administration, having served as the General Secretary of the Ghana League Clubs Association (GHALCA) from 1994 to 1997.

He was also a member of GFA’s Management Board and Coordinator of the Black Stars Management Committee the same period.

Retail trade impasse: Over 40 foreign shops locked up in Koforidua