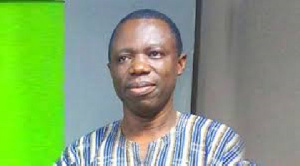 Former Member of Parliament (MP) for Buem Constituency, Mr. Daniel Kosi Ashiamah is calling on government to put in place better systems to take tax from workers in the country.

President Akufo-Addo charged lawyers in Ghana to pay their fair share of taxes in Ghana as well as inspire their clients and Ghanaians at large to pay their taxes in order for the country to undertake the developmental projects so desired by all.

Addressing 2021 edition of the annual Ghana Bar Association conference held at the Fountain Gate Chapel, Bolgatanga, under the theme: “Ensuring an Increase in Revenue Mobilization for the purpose of National Development through Taxation; The Role of the Lawyer,” President Akufo-Addo said the records of the Ghana Revenue Authority (GRA) shows that lawyers across the country are among the list of peoples who do not pay taxes in the nation.

“The record of lawyers in paying taxes is being historically poor. It is unfortunate but the most unpleasant fact that the members of our profession have not been known to set a good example when it comes to paying taxes” President Akufo-Addo said.

“They appear to think that being members of the learned profession put them above complying with everyday civic duties like paying taxes. It is embarrassing that lawyers are often at the top of the list of those who flout our tax laws and use their expertise to avoid paying taxes” the President added.

According to the President, the GRA and the National Identification Authority (NIA) through a joint effort has discovered that there about 60,000 professionals in Ghana who do not pay any taxes at all. These professionals are lawyers, accountants, doctors, engineers, architects, among others.

Speaking on Atinka TV’s morning show, Ghana Nie with Ekourba Gyasi Simpremu, Mr Daniel Kosi Ashiamah noted that the system used to take taxes has not been developed well enough to ensure everyone is paying.

“What arrangement has been put to place to retrieve taxes from people. If you tell a lawyer to pay tax, he might send you to court,” he said.

Sharing his experience, he said he was asked to go and pay his tax when he tried to pick a form to file for an MP slot.

The former MP therefore suggested that the taxes are deducted from sources before they reach the main account holders in order to curb tax evasion.

He also said lawyers should be made to pay taxes and provide evidence as a requirement before they are allowed to speak in the box at the court for anyone.

Mr Daniel Kosi Ashiamah urged all to pay their taxes because it will be used to develop the country instead of loans.

“If everyone is able to pay their tax, the government will not go for loans to build the country,” he added.

Flashback: No matter how long it takes, Woyome will cough up GH¢51m – Attorney General