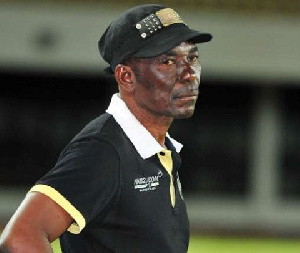 Veteran Coach Joseph Emmanuel Sarpong has said, the decision by the Ghana Football Association (GFA) to terminate the appointment of Coach Charles Akonnor and his two assistants was a step in the right direction.

In an interview with GNA Sports, he said, it was a good decision from the GFA to fire the coach, adding that, “It was the association which employed the coach, so the GFA has the right to sack a coach if he is not performing to satisfaction”.

The 76-year-old Technical Director of second-tier side Akosombo Krystal Palace said the three-day ultimatum to employ a Head Coach and assistants would give the three-member committee the ample time to deliver.

Coach Sarpong, who has managed top clubs in Ghana including Asante Kotoko, Hearts of Oak, Liberty Professionals, Aduana Stars among others said, “Looking at the time, GFA needs a coach who can do the job”.

On the team’s performance under Coach Akonnor, he said, the performance of the players in the last two 2022 World Cup qualifiers was bad, stressing that, “there was no competition in the team and the desire to play was absent with no cohesion and consistency in playing body”.

Coach Sarpong opined that coaches need to be careful with the kind of players they invite for national assignments.

“They must be sure the players have what it takes to deliver to satisfaction and have the desire to die for the nation,” he added.

The Black Stars are currently second in Group G of the African qualifiers for the 2022 FIFA World Cup and will face Zimbabwe in October.