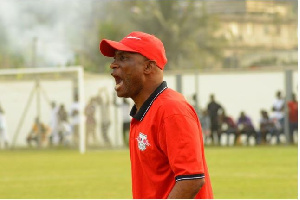 The Coach who is still under contract with Ghana Premier League side WAFA has agreed to join the club, according to the report.

Prosper Nartey Ogum’s will to have two assistants coaches has been accepted by the club’s management according to the same reports.

Former Liberty Professionals head coach David Ocloo has been confirmed as the first deputy coach to assist Prosper Ogum when he takes over the job.