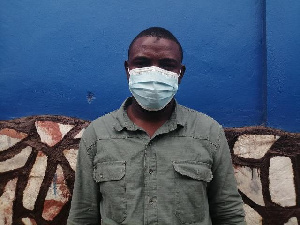 Suleman Sultan, an anti-Lesbians, Gay, Bisexual, Transgender Queer and Intersex life (LGBTQI) activist in Ashaiman, has called for an amendment to the 1992 Constitution and the Children’s Act relating to age for marriage.

Speaking to the Ghana News Agency in Ashaiman on the side-line of an event to end child marriage, Mr Sultan said the 18-year age set for marriage in the Constitution must be amended to 16 years, arguing that at age 16 one could take a decision and give consent to sexual preferences.

Mr Sultan added that, many teenagers have developed features that suggest that their bodies were matured and ready for reproduction.

He explained that, teenage girls at age 13 in this current dispensation could be likened to someone in her 20 years some years back saying, things have change and the custodians of the 1992 Constitution should consider amending the Clause on age for marriage in the country.

The anti-LGBTQI activist again hinted that, people at age 16 were sexually active, adding, he sees no reason why such a person could be denied the opportunity to marry their preferred partners.

According to him once the person’s body had developed and matured, age should not be a determinant in deciding marriage.

“Children at age 12, or 13 are getting pregnant, are we happy with that? He explained that Islamic doctrine do not prevent people at age 16 from getting married.

Mr Sultan called on all stakeholders to take another look at the Children’s Act of 1998 and the 1992 Constitution, which prevented marriage until one attained 18 years.

Dogboe to make ring return against Diaz on November 20