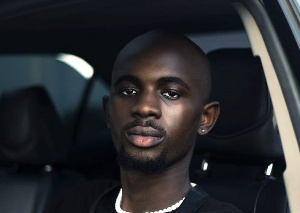 Ghanaian rapper, Black Sherif has been successful just at the start of his career

Fast-rising Ghanaian rapper, Black Sherif has been ranked as the most-streamed Ghanaian artiste on YouTube in the month of August.

He beat the likes of Sarkodie, Shatta Wale, Wizkid, Mona4Reall, and other A-list artistes to attain the enviable record.

The new hip-hop sensation’s official video for his monster hit, ‘Second Sermon’ has currently clocked over 5million views on the YouTube platform.

She has clocked over 2 million views with the official video for her new single titled ‘Baby’ which features Shatta Wale.

The third in line is Sarkodie who has garnered over 1.04 million views from the compilation of his single tracks off the recently released ‘No pressure’ album.

The Sarkcess boss has also released two music videos from some singles from the album, which perhaps explains the high statistics.

Yaw Tog was placed 4th with 439k views and Diana Hamilton, the reigning ‘Artiste of the year’ at the VGMAs also garnered 434k views on her platform.

Depression is an evil force, it rendered me useless and made me suicidal – Funny Face

I only have 10 haters in the whole world – Shatta Wale