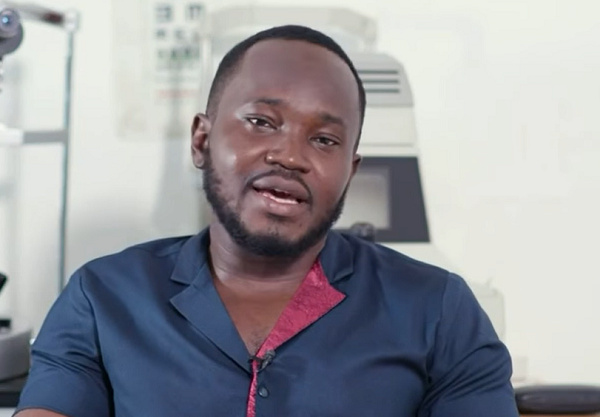 • According to him, the pandemic helped him to discover other sectors of comedy

• He adds that comedy pays well

Ghana like the rest of the world was rocked with Coronavirus in the year 2020, the pandemic crippled several industries including acts and entertainment.

Although the negative impact took a tow on several jobs, inventions, and innovations sprang up as creatives had to take their businesses a step further.

According to Optometrist turn comedian, OB Amponsah, he and his colleagues had to come up with new ideas during the lockdown which witnessed auditoriums being closed.

Speaking on CNN AFRICAN Voices Changemakers, the Ghanaian comedian intimated that they were affected during the lockdown.

“Covid struck us and auditoriums were closed and stand-up coming is not one that you can do behind screens because you feed on laughter as a comedian.

“It took covid for us to realize we could branch into other sectors of our field and make more impact. The love that people have shown us means we are really doing great,” he said.

OB Amponsah who doubles as an Optometrist revealed that his night job which happens to be comedy pays more.

“When it comes to choosing between the two which is my passion, I cannot actually choose but if we are talking about the revenue it comes with, probably I will say comedy brings in more money… attending to patients is my first love but then comedy came in and I started taking it seriously as well. I am passionate about both,” he noted.