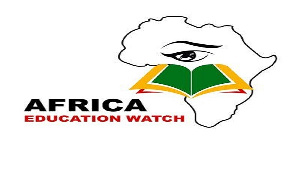 However, the think tank says it would unable to share the content of the petition since it could interfere with investigations.

“We will keep working with state agencies to improve accountability and credibility in Ghana’s pre-tertiary assessments sector,” it added.

Two papers have been rescheduled in the ongoing WASSCE over alleged leaked examination questions.

According to WAEC, it has detected evidence of possible exam leakage on social media and on “rogue” websites prior to today’s exams.

“The cheating social media groups were in full swing prior to the conduct of the mathematics and the English language papers on 9th and 13th September,” the Head of Council’s Test Administration Division, George Ohene-Mantey, said.

Mr. Ohene-Mantey said, “the Council’s monitoring revealed the circulation of numerous versions of questions, both printed and handwritten.”

He added: “After the administration of the test, careful scrutiny of the several versions [of suspected leaks] received indicated that extracts of parts of the questions in mathematics elective two and section A of English Language two were circulated on social media platforms.”