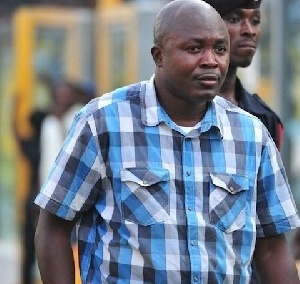 Techiman Eleven Wonders have opened talks with former Medeama assistant coach Yaw Acheampong ahead of a potential move next season.

The former Ghana international has been contacted by the management of the Techiman based club to take over the club following the exit of coach Ignatius Osei Fosu.

Eleven Wonders is currently without a head coach following the departure of the enterprising Osei Fosu who joined Ghana Premier League side, Medeama weeks ago.

Osei Fosu joined the Yellow and Mauves as replacement for Yaw Preko who was sacked at the end of the 2020/21 season following an uninspiring performance.

However, according to Kumasi-based Light FM, the leadership of Eleven Wonders are in search of a replacement for Osei Fosu and have entered into talks with the former Elmina Sharks coach to take over the club ahead of the 2021/22 season.

Yaw Acheampong is currently without a club after being shown the exit door by Medeama as assistant coach.

‘How could you ask that?!’ – Memphis Depay angered by Barcelona regret question