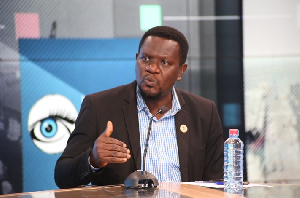 He also revealed that since the start of trading under the Continental Free Trade Area on Jan 1, 2021, only two companies in Ghana have been able to ship goods under AfCFTA.

Speaking on the Eye on Port programme on the current state of AfCFTA, the trade expert attributed the seemingly low participation of Ghanaian companies primarily to low sensitisation and inadequate capacity building.

He noted however that, on a more holistic assessment, Ghana seems to be more active in AfCFTA activities than a lot of its regional counterparts.

Louis Yaw Afful stated that 38 countries out of the 54 African countries have fully ratified, whereas Eritrea is yet to sign the agreement.

He said, “16 countries are left in the middle. They have signed and ratified but have not submitted their letters of ratification so they are not full members yet so they cannot enjoy the benefits as trading is happening. The Secretariat needs to work hard to get those countries on board so they can trade.”

The Executive Director of APN Group also revealed that some countries are yet to scale up their customs systems to the expected levels needed to facilitate the trade.

Mr. Afful said, “Every country’s customs management is supposed to have by this time worked on a single window in terms of technology and adjust it to have harmonized codes for AfCFTA.”

He continued, “ICUMS in Ghana has adjusted quotes for AfCFTA products in being able to know what are and what aren’t AfCFTA products. Some countries are working hard to have that done.”

The AfCFTA Champion asserted that it is important for party states to fully operationalize the Boosting Intra-African Trade (BIAT) action plan adopted by the AU in order to attain AfCFTA’s objectives.

He said one of the key pillars of the BIAT, that is Trade Finance should be taken into serious consideration so far as trading under AFCFTA is concerned.

“Ghana is using Ghana Exim Bank. At the regional level, the heads of state tasked AfriExim bank to support the financing of AfCFTA at the regional level, so is African Development Bank looking at the agribusiness sector. We need more regional and national banks that would focus on the various priority sectors under AfCFTA,” he added.

The Executive Director of the APN Group said nations should position their traders and service providers to know the target markets they could take advantage of.

He emphasised that nations should note that while AfCFTA presents opportunities for growth, it is not a panacea for existing economic issues.

Hence, the onus lies on states to set in place mechanisms that would position them for successful free trade such as investments in infrastructure in areas such as aviation, maritime, road, rail transport, and energy.

Mr. Louis Yaw Afful, said when done well, “AfCFTA is a wealth creation opportunity, and if you divide the expected revenue of about 2.4 trillion over a population of 1.2 Billion people, it means every African can have about $8000 which is enough to start a business.”