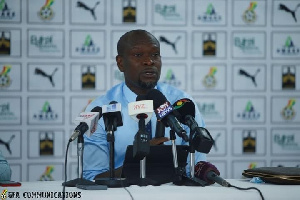 Ghanaians have voted for an expatriate to succeed immediate past Black Stars coach, Charles Akonnor, according to a GhanaWeb poll.

The question piosed by the team here at GhanaWeb was: “Who should be the next Black Stars coach?” with the responses to chose from being: “Ghanaian” or “Expatriate.”

Meanwhile, reports indicate that the Ghana Football Association is set to announce the return of Serbian manager Milovan rajevac as Akonnor’s replacement.

The Serbian led Ghana to our first World Cup in Germany 2006. The issue of who takes over as coach of the senior national team has been contentious with the government insisting on a local coach.

The GFA put together a three-man team to find the new coach who will lead Ghana to the next AFCON and is also expected to qualify the team to the next World Cup in Qatar next year.