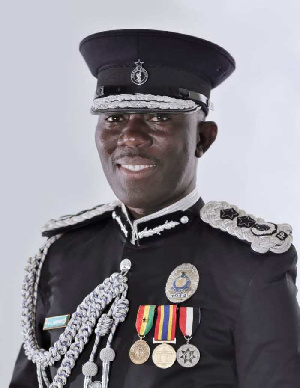 • Some allegations have emerged regarding the arrest and subsequent remand of Rev. Owusu Bempah

• He believes the IGP’s instructions were harsh

Charles Owusu, a leading member of the governing New Patriotic Party and a member of Reverend Isaac Owusu Bempah’s Glorious Word Chapel International Ministries has accused the Inspector General of Police, George Akuffo Dampare of playing a role in the arrest and manhandling of the man of God.

The former Head of Monitoring Unit of the Forestry Commission was among some personalities who visited the Police Hospital to offer support to the Reverend Minister after his admission.

According to him, pointers from their engagement with the police at the Police Hospital suggest that the IGP was the one dictating the actions.

In an interview with Asempa FM, Charles Owusu who claims to have been involved in the whole process said that police officers consistently told him that the IGP was bent on using Reverend Isaac Owusu Bempah’s case to send a warning to other public figures.

“We were at the Regional Police Office when we were told that he should be taken to Striking Force. I pleaded with the Regional Commander who agreed to have him at the Cantonments Police Station.

“We went to court and were not even told about the specific court he’ll be sent to. He was sent to court in rambo-style. He was charged for verbal assault. We were in the court when we were asked to move to another court. From the court we sent him to the Cantonments Police Station.

He was however granted bail on Wednesday, September 15, 2021

Today in History: Bawumia’s lies will haunt him – Asiedu Nketia