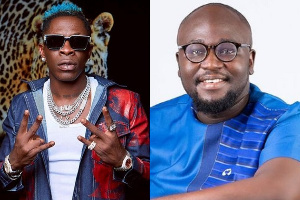 • Shatta Wale has been warned against physical assaults

Radio personality, Caleb Nii Boye, has admonished dancehall musician, Shatta Wale, to tread cautiously as he can be arrested if he physically attacks anyone in the country.

Shatta in the early hours of Thursday, September 16, posted an image of Nigerian actor, Jim Ike, who was reported to have assaulted one of his colleagues, Uche Maduagwu, after he accused Ike of being a money ritualist, in a video.

The SM boss who has been at the centre of controversies shared an image of Jim Ike on his Facebook page with the caption; “Why is everybody saying I look like Jim Ike.”

Many including Caleb Nii Boye have asserted that his post incites violence as the artiste in a series of tweets threatened to beat music video director, David Nicol-Sey for calling him out.

The radio presenter has asked Shatta Wale to ‘be guided” adding that the laws of the nation will deal with him if he physically attacks anybody in the country. He cited the acting Inspector General of Police, Goerge Akuffo Dampare, who has been commended for dealing with offenders of the law.

The most recent being the arrest of Reverend Isaac Owusu Bempah, one of Ghana’s famous preachers.

In a post sighted by GhanaWeb, Caleb in his message to Shatta Wale wrote: “You will be arrested and treated like Rev Owusu Bempah if you try that silly thing Jim did. You can’t go and call Dr Dampare “Daddy, Daddy” and expect him to free you. Read about your acting IGP again and think twice before make a move, because I heard at the Police Hospital, where Rev went to seek treatment and recovered less than 24 hours, the common phrase said among the Police Officers deployed there was ‘Dampare said’ ‘Dampare said’. Now That is the True Order from Above. Be guided Shatta Wale.” 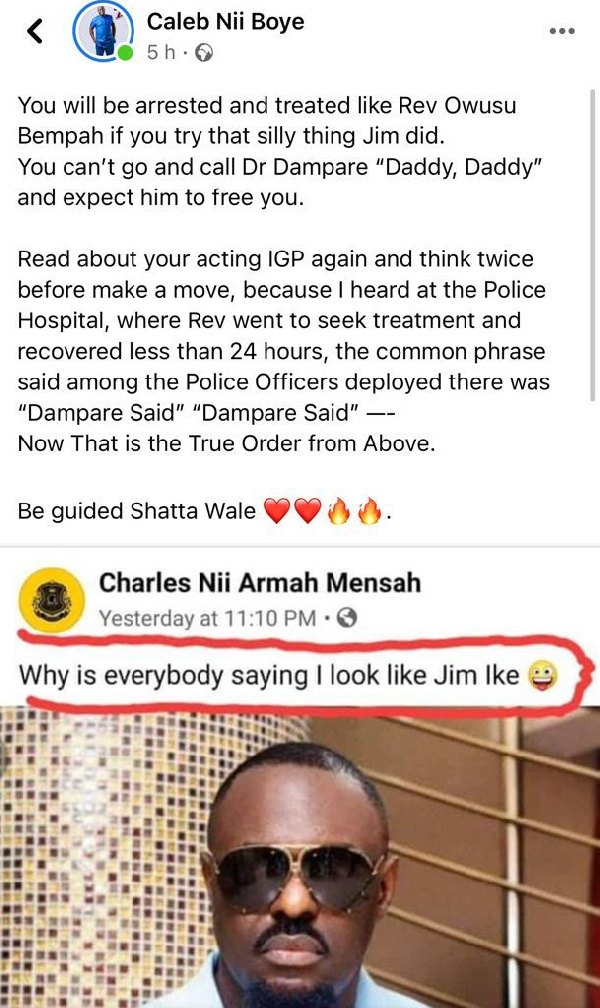 Frank Naro vows to beat Oteele if he meets him physically