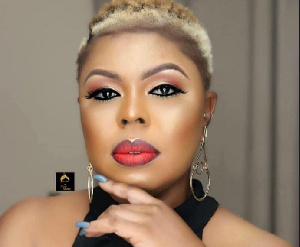 • The two have publicly announced their friendship

Controversial comedienne, Afia Schwarzenegger, has lambasted critics who are constantly predicting fights between herself and her friends.

Afia has been perceived as the type who cannot keep a longstanding relationship due to the number of nasty friendship fallouts she has had in the past.

It can be recalled that social media witnessed the disastrous end to what started as a beautiful friendship between Afia Schwarzenegger and Mzbel, Nana Tornado, Zionfelix, Delay, Rev Obofour and his wife, among others.

It is in this light that some individuals tend to caution anyone who tries to mingle with the comedienne.

The issue became topical when Afia Schwarzenegger shared a video of her visit to Nana Agradaa’s house on her page.

After careful observations, some individuals took to the comment section to warn Agradaa about the impending danger that awaits her following her decision to be friends with Afia.

Others sought to advice and plead with Afia Schwarzenegger to try and maintain her seemingly good relationship with Nana Agradaa.

Observing all of these comments on social media, Afia have described all of such statements as unsolicited advice.

“After I post pictures of myself with my friends on social media, all you see is some bunch of haters giving advice that is totally uncalled for. The most annoying part is that they come and beg me not to fight with them later. Who are you? How dare you to tell me how to run my affairs? I’m talking to the individual who is always hoping that I don’t fight with my friends. Haven’t you ever had an issue with people before? Haven’t you fought before? I hate that holier than thou attitude,” she stated.

“Because we are both on social media and you follow me so you think we are mates. I’m not and can never be your mate,” she added.

I was forced to give birth – Female DJ reveals

Feigned attack: IGP not laughing at your expensive joke – Samini to Shatta Wale

Missing BBNaija? These reality series will have you obsessed