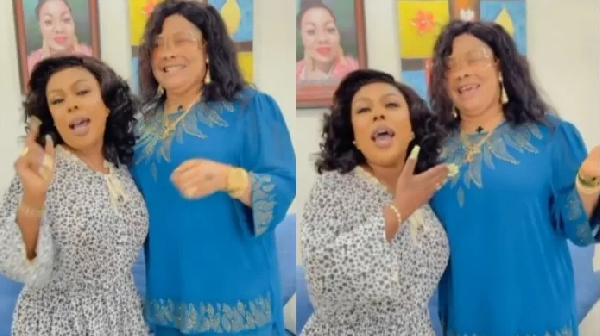 • He describes Afia as a friend who cannot be trusted

His comments come at the back of the new alliance formed between repented fetish priestess, Nana Agradaa and the actress following the recent arrest of Reverend Isaac Owusu Bempah who has had an altercation with Agradaa in the last few days.

Speaking in an interview with Oman channel sighted by GhanaWeb, Prophet Kumchacha said Afia Schwarzenegger is an individual who goes about looking for financial favours from prominent people including pastors but is quick to betray them for others destined to become her next victim.

“Mark it, if Madam Patricia Agradaa entertains Afia Schwarzenegger, there will be a conflict between them because of what Afia will eventually come out and say about Agradaa.

“Agradaa shouldn’t see Afia Schwarzenegger as an angel who has come to help her. She goes everywhere looking to satisfy her stomach. The issues that are coming up later it, will not take up to three or six months. Everyone will clap for me in vindication.”

A video of Afia Schwarzenegger hanging out with Agradaa came up following the arrest of Rev. Owusu Bempah who has had a score to settle with the actress in the past.

Kumchacha speaking on the newly formed friendship between Agradaa and Afia stated that the actress in the past betrayed Rev. Owusu Bempah after he had done so many favours for her including paying her air tickets to South Africa sometime back.