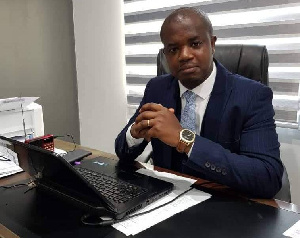 Mr Tameklo who is also a member of the National Democratic Congress (NDC) said the President will be leaving behind a bad legacy in the area of education.

He was a commenting on the alleged leakage of examination papers in the ongoing West African Senior Secondary Certificate Examination (WASSCE).

WAEC on Wednesday, September 15, was compelled to reschedule some two papers over what it described as observed exam irregularities.

The Council feared the papers – Physics and Business Management – were leaked.

The Head of the Council’s Test Administration Division, George Ohene-Mantey, said at a press conference that “The cheating social media groups were in full swing prior to the conduct of the mathematics and the English language papers on 9th and 13th September.”

“After the administration of the test, careful scrutiny of the several versions [of suspected leaks] received indicated that extracts of parts of the questions in mathematics elective two and section A of English Language two were circulated on social media platforms.”

Edudzi said “We are gradually, in a very systematic way destroying our education and the pain some of have is that, whether it is Mr Akufo-Addo or whoever, education will stay. After 2024, the phenomenon of Akufo-Addo is forever gone, we won’t experience it again but the destruction to our education will live. What kind of legacy are we trying to build?” he said.

A Fellow at the Centre for Social Justice Nii Armah Addy has questioned the decision by the government to purchase past questions for students to enable them pass their examinations.

He described this decision as shameful and further raised issues against examination being used as the only means to assess the performance of students.

In his view, there should be a continuous assessment done for students while they are still in school in order to get a broad picture of the performance of the students.

“It is a shame where we have been told a whopping amount of money had been invested in purchasing past questions as the reason for students to be able to pass very well.

He further said examinations body, the West African Examinations Council (WAEC) has failed over the years following the leakages of examinations questions.

He explained that leakages of exam papers has become the norm in Ghana following the premium placed on examination as the only way to assess students.

Mr Addy told journalists in Accra on Thursday that “WAEC as managers of examinations has failed.

“This is what you get when passing examination becomes a populist agenda.”