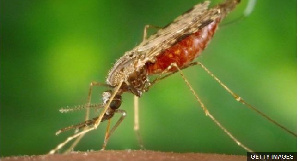 Some recipients of insecticide-treated nets (ITNs) under the National Malaria Control Programme have lauded the initiative for reducing malaria and ensuring money in their pockets.

They said the money they would have spent on treating malaria remained in their pockets, which they now spent on other pressing needs.

The ITN beneficiaries stated these when they shared their experiences on the use of ITNs in an interview with the Ghana News Agency on Thursday at Vittin, a suburb of Tamale when they received free ITNs as part of the ongoing distribution of ITNs to residents in various communities in the Northern Region to help fight malaria in the country.

The Ghana Health Service, as part of the fight against malaria, this week started distributing ITNs to residents of malaria-endemic communities in the Northern Region.

The distribution of the ITNs in the region will end on Saturday.

Madam Hadija Mashud, a resident of Vittin told the GNA that the ITNs were very important to her and her household saying “We used to buy mosquito coils to use in the night to prevent mosquito bites, but when I received the nets in 2018, we stopped buying mosquito coils.”

She said, “My children and I use the nets and it has saved us from malaria.”

She reacted to concerns by some people to the effect that it was not comfortable using the nets saying “I feel fine using the nets” and advised other ITN users to get used to sleeping under the nets, because “That is the safest way to prevent mosquito bites, which lead to malaria.”

On her part, Madam Ayisha Mumuni, also a resident of Vittin, said her children used to get malaria very often but since they started using the nets in 2018 “We have not had malaria again.”

She advised other residents to embrace the use of the ITNs, saying “When you use it, you do not get mosquito bites.”

Recruitment into security services will be based on merit – Gov’t