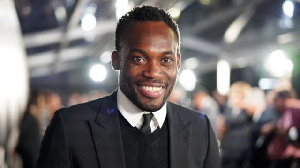 Ghana legend Michael Essien had wanted to play for South African giants Kaizer Chiefs before retirement, according to a former player of the Soweto giants Hendrick ‘Pule’ Ekstein.

Ekstein played together at Azerbaijan side Sabail as the strong the former Chelsea star was winding down his career in the Asian country.

He knows a lot of teams here, but he told me that the team he would have loved to play for is Chiefs. But he has since retired and has done his coaching badges and is now coaching in Denmark,” said Ekstein in an interview with Soccer Laduma.

Essien retired in 2020 and is now an assistant coach at Danish Superliga outfit FC Nordsjaelland.