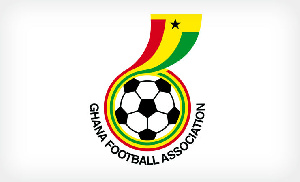 Logo of the Ghana Football Association

The new Black Stars head coach will be tasked to enforce discipline to the highest level once he commences work, this is according to a source within the Ghana Football Association (GFA).

The Ghana FA last Monday resolved to sack coach Charles Akonnor from his position as the head coach of the national team after an Executive Council meeting.

Subsequently, it set up a three-member committee to find a new head coach for the Black Stars in the next 72 hours.

While discussions continue with shortlisted coaches, officials of the GFA have been hammering on discipline.

The FA acknowledge the national team often times have suffered from indiscipline of players and is tasking the coach that will be appointed to rid the team of such behavior.

Yet to be confirmed, sources are reporting that Serbian tactician Milovan Rajevac is the front runner for the Black Stars head coach job.