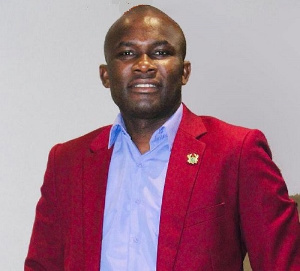 The National Sports Authority (NSA) headed by Prof. Peter Twumasi on Wednesday engaged Youth Olympic gold medalist, Martha Bissah to secure a pardon for the athlete who has been suspended by the Ghana Athletics Association (GAA).

Bissah, the only Ghanaian athlete in history who clinched gold at a Youth Olympics in Beijing in 2014 was suspended by the GAA for acts of “indiscipline”.

The GAA placed an indefinite ban on the athlete in 2015 and has demanded an apology, however, Bissah declined the calls insisting that whatever accusations she made against the Association were true.

After graduating from the Norfolk State University in the USA with a Bachelor of Science in Business – with an emphasis in Management, Bissah, who is in the country met with the NSA Director General yesterday to find an amicable settlement to enable her return to the tracks.

Prof. Twumasi after the meeting said, “Yesterday the National Sports Authority engaged Athlete Martha Bissah as part of efforts to secure a pardon and subsequent lifting of the over six-year suspension sanction from the Ghana Athletics Association.

“The Authority is in talks with both parties to arrive at an amicable settlement to enable the athlete to return to the tracks. The Director-General was assisted by the Authority’s Counselling Unit led by Ms. Stephanie Antonia Esshun.”