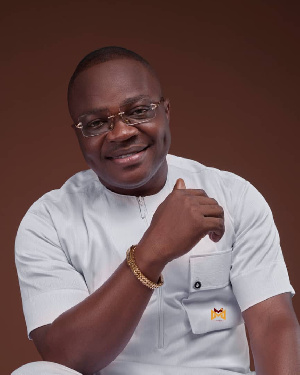 According to Magnus who recently released ‘Bo Me Nantew’, Ps. Joe Beecham has been an inspiration as far as his music journey is concerned.

In an interview on Class FM’s ‘The Big Show’, Magnus noted that his admiration for the veteran keeps soaring because his records are powerful and timeless.

He further indicated that Ps. Joe Beecham has impacted his life so much that he [Magnus] to some extent sounds like him.

The donation comes after the actor made his predicament known in an interview with Emmanuel Agyemang.

Psalm Adjeteyfio who starred in popular television sitcom ‘Taxi Driver’ disclosed that life has been tough for him to the extent that he needed money for his upkeep and most importantly, to pay for his rent which had expired.