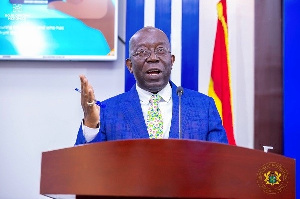 A total of GH¢1.8 billion has been made in benefit payments to pensioners as of the first half of 2021, data from the Social Security and National Insurance Trust (SSNIT) has shown.

This represents an 8.17 percent increase in benefits paid compared to the same period 2020 figure of GH¢1.66 billion.

The Trust made GH¢1.58 billion as pensions and GH¢8.81 million was paid to invalid pensioners; whereas, the total lump-sum payment was about GH¢214.29 million; this was made up of payments to survivors, old age members of the scheme, refunds, and emigrants. In 2020, GH¢1.5 billion and GH¢7.75 million were paid to old age and invalid pensioners respectively; and GH¢152 million in a lump sum payment.

Currently, there are about 232,651 pensioners who were being catered for and living financially independent lives because they joined the scheme.

The invalidity pension is a monthly cash benefit paid to members of the Scheme who can no longer work due to a disease, an illness, or disablement of a permanent nature.

This arrangement is for those who had contributed for at least 12 months within 36 months before the sickness or accident occurred and had been certified by a medical board as not being able to work again. Beneficiaries are eligible to enjoy the benefit from SSNIT for the rest of their lives unless they recovered at some point.

Available data shows that, currently, over 80 percent of workers in Ghana ensure salaries of GH¢2,500 or less, which means that 80 percent are contributing GH¢275 each month, according to the Trust.

Per the Trust, should this remain unchanged, 80 percent of retirees will receive a pension of GH¢1,500 or less in the future? This simply means if the contributions records of workers in active service do not significantly improve, then, the reality of your pension payments may not be that different from those who are on pension now.

Minister for Finance and Economic Planning, Ken Ofori-Atta The Communication Officer for the National Democratic Congress (NDC) in the Savannah