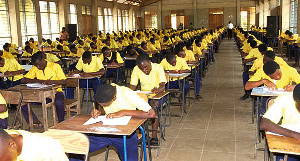 WAEC on Wednesday, September 15, was compelled to reschedule some two papers

A Fellow at the Centre for Social Justice, Nii Armah Addy, has said that examinations body, the West African Examinations Council (WAEC) has failed over the years following the leakages of examination papers in Ghana.

He explained that leakages of the papers have become the norm in Ghana following the premium placed on examination as the only way to assess students.

WAEC on Wednesday, September 15, was compelled to reschedule some two papers over what it described as observed exam irregularities.

The Council feared the papers – Physics and Business Management – were leaked.

The Head of the Council’s Test Administration Division, George Ohene-Mantey, said at a press conference that “The cheating social media groups were in full swing prior to the conduct of the mathematics and the English language papers on 9th and 13th September.”

“After the administration of the test, careful scrutiny of the several versions [of suspected leaks] received indicated that extracts of parts of the questions in mathematics elective two and section A of English Language two were circulated on social media platforms.”

Mr Addy told journalists in Accra on Thursday that “WAEC as managers of examinations has failed.

“This is what you get when passing examination becomes a populist agenda.”

Today in History: Don’t take the ‘comfort’ under Akufo-Addo for granted – NPP to Ghanaians

Daylight robbery: Policeman shot in both legs; over GH¢31k snatched