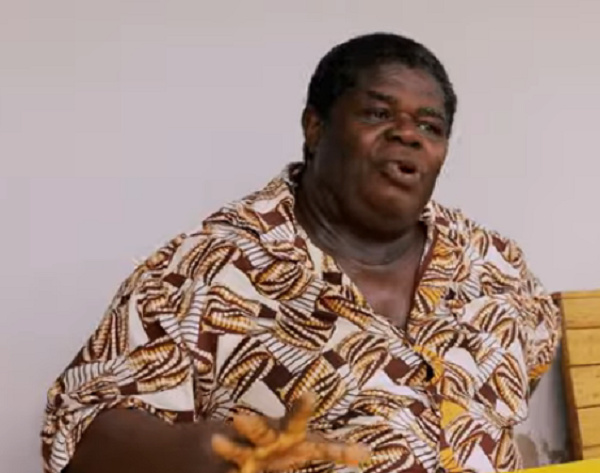 • Psalm Adjeteyfio says he was paid GH¢10.00 during the production of the Taxi Driver series

• He said he was cheated

• He made this revelation to Metro TV

Psalm Adjeteyfio, known popularly as TT in the ‘Taxi Driver’ series has indicated that he was cheated as the lead character in the production.

According to him, he was not given the exact amount he was supposed to be paid.

TT told Metro TV in an interview monitored by GhanaWeb that, during the production of the ‘Taxi Driver’ series, he was paid one hundred thousand old cedis – which is today’s ten Ghana cedis.

He indicated that, one John Kay of blessed memory told him that, if the series ‘Taxi Driver’ will go places, it depends on him [TT], therefore he instructed that he should be paid three hundred thousand cedis – which is today’s thirty Ghana cedis – per episode.

“I was paid one hundred thousand which is now ten cedis. Not knowing at that time, the late John Kay had instructed them that they should pay me three hundred thousand per episode. If ‘Taxi Driver’ is going to do well, if ‘Taxi Driver’ is going to go places it’s you,” Psalm Adjeteyfio recalls his conversation with the late John Kay.

“So, you could imagine, if we did thirteen episodes, somebody was richer by 2.6 as against my 1.3; that was what happened in ‘Taxi Driver’. Meanwhile, all the others were earning more….,” he said.

TT, noted that John Kay’s instruction was confirmed by Mikki Osei Berko in their recent discussion where he [Mikki Osei Berko] stated he was taking three hundred thousand per episode.

“And me the major character…they were paying me one hundred thousand cedis per episode, so you could imagine all the episodes we did and yet people will see me and they will think I have so much money,” he stressed.

The actor recently applied to the public to come to his aid because his rent ws due and he was facing ejection by his landlord.

Many including the Vice President, Dr Mahamudu Bawumia and Henry Quartey, the Greater Accra Regional Minister heeded to his call and donated some funds to him to help him pay his rent and also for his upkeep.