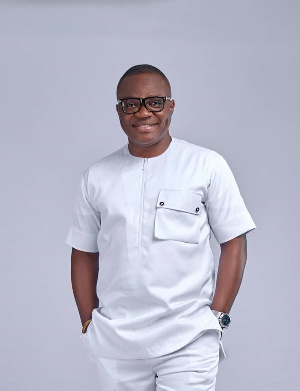 Gospel musician Magnus has disclosed that music producer and sound engineer Nacee has been very instrumental in his music career.

Magnus who is currently promoting ‘Bo Me Nantew’ in an interview with Adwoa Mirekua Ampomah on Atinka TV’s Rendezvous show mentioned that Nacee came to his rescue at a time he seemed to have lost hope.

According to Magnus, his quest to do music was doused following some financial difficulties he encountered in 2004.

Aside from that, although he had a passion for music, his understanding of the music business at the time was not enough to ensure success, hence, the loss of interest.

In order not to be wasteful, Magnus said he went back to school to pursue academic excellence.

He was later discovered by Nacee and subsequently became his protégé. Among others, Nacee, according to Magnus, composed ‘Bo Me Nantew’ which is becoming a successful track.

The donation comes after the actor made his predicament known in an interview with Emmanuel Agyemang.

Psalm Adjeteyfio who starred in the popular television sitcom ‘Taxi Driver’ disclosed that life has been tough for him to the extent that he needed money for his upkeep and most importantly, to pay for his rent which had expired.