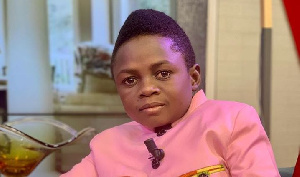 Kumawood actor, Yaw Dabo has shared his opinion concerning LilWin’s assertion that Dr. Likee has not achieved much in the movie industry.

It can be recalled that LiWin emphatically stated that he is a legend in the Kumawood industry, unlike Dr. Likee who is just popular on YouTube.

LilWin in an earlier interview with Zionfelix stated that although he has no issue with Dr Likee, the public should desist from comparing them.

“There’s a difference between a movie star and a YouTube star. It’s impossible to cross boundaries. For instance, I will continue to be a star until I die. My record is unbeatable. I have set a very high standard that will be difficult to break. I have over 2,000 movies. Don’t challenge a legend,” he stated.

But touching on this, Yaw Dabo said Lil Win‘s claims are totally false adding that Dr. Likee is currently in charge.

According to him, YouTube which is Dr. Likee’s specialty has dominated the ‘redundant’ movie industry in recent times.

“Dr. Likee has arrived. He is currently on top. The world is evolving and because he puts his craft on YouTube, people think he is just a YouTube star. But every star is a star and everything evolves around social media,” Dabo stated.

Watch the video below;

I don’t expect anything from government – Uncle Ebo Whyte