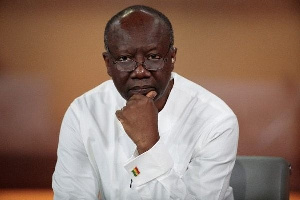 In contravention of the Public Finance Management Act 2016, Act 921 and international best practice, some 45 public enterprises have failed to submit mandatory financial reports to the Ministry of Finance since 2016.

The composition of the defaulting companies are: one State Owned Enterprises (SOEs), 34 Owned State Enterprises (OSEs) and 12 Joint Venture Companies.

A Joy News piece said the report pointed out that SOEs in the energy sector were the most compliant with the necessary regulations under section 77 of the Public Financial Management (PFM Act) which obligates them to avail quarterly financial statements to the ministry.

The quarterly report according to the law must contain principally, outstanding debt, new borrowings as well as overdrafts and other figures relative to corporate debt securities issued by the respective enterprises.

The report added that despite the challenges of failure to comply with the law, some positives could be gleaned especially since 2016 when the law came into effect.

The report noted a marked improvement in the submission of the quartely documents by some enterprises.

Noting further that some SOEs had cleared backlogs of several years relative to unaudited financial statements.

In 2016, only 18 entities complied with the law culminating in the maiden report, which was published in 2017.

MMDCEs to support funeral of Regional Minister’s dad with about GH¢50,000?