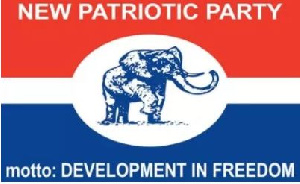 New Patriotic Party (NPP) supporters in the Akatsi South Municipality of the Volta region have been urged to exercise calm during and after the announcement of the appointment of a Municipal Chief Executive (MCE) for the area.

Richard Kujo Abledu, the Akatsi Constituency Chairman of the NPP, in a press release, stated that Akatsi South was the winner and not a person to bring unity and cohesion among the party now and forever.

“As we all wait for his excellency the President to fulfill his constitutional mandate pursuant to article 243 of the 1992 constitution through a press conference by the Local Government Minister today, we urge all ‘Krukudites’ to remain calm and resolute to rally behind who emerges as the next MCE for Akatsi South,” the statement reads.

He added a favorite quote by Mother Teresa, “None of us, including me, ever do great things. But we can do small things, with great love, and together we can do something wonderful.”

Government through the Local Government Ministry during a press briefing Sunday, September 19, is expected to release the much-awaited list of persons to head the 254 Assemblies in Ghana.

Residents of Akatsi are highly in anticipation of the announcement of the President’s nominee.

Leo Nelson Adzidogah, a former Parliamentary candidate for Akatsi South NPP who is also the current MCE, some say, must be brought back.

However, the Ghana News Agency (GNA) after interacting with some supporters, disclosed they have no doubt their former constituency chairman, Kofitse Martin Nyahe would be their new MCE.