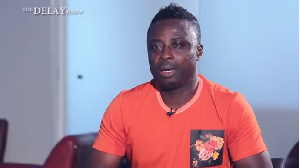 According to Kumasi-based Nhyira FM, Barreto and Kotoko reached an agreement to sever ties after six months. The former Black Stars boss ended last season trophyless and fell out with the management after making controversial statements about the club on radio.

WAFA coach Prosper Nartey is in line to be named Kotoko coach on a three-year deal next week.

Reacting to be yet-to-be-confirmed news, Taylor told Original 91.9 FM, “It’s a good decision for Kotoko to terminate Barreto’s contract. It shows clearly he cannot do the job and I believe that coach Prosper Nartey has the quality to coach Kotoko he knows how to fish out for talents and with his quality, he will deliver for Kotoko.”

“Kotoko management should be united they should stop fighting if not even this season will be worse than before so his royal majesty Asantehene should solve the problem between Nana yaw Amponsah and the Dr Kwame Kyei for the betterment of the club.”

Taylor joined Kotoko from fierce rivals Hearts of Oak in 2003. He was part of the Kotoko squad that lost the CAF Confederation Cup final to Accra Hearts of Oak.

He is not from God; jail him – Osofo Kyiri Abosom goes hard on Owusu Bempah